The best guns for women are the ones that can protect a household, are accurate and can neutralize intruders. They can both be offensive or defensive weapons, unlike passive home security alarms. Home dwellers, especially women, must pick the right gun models.

Let’s take a look at some of the best guns for women on the market. Pistols are definitely more appropriate for small or cramped houses. Unlike a shotgun which is quite difficult to handle, pistols afford the defender a one-handed grip of the gun. They free the other hand to do other things like moving things, opening doors or controlling thieves.

Pistols are among the best guns for women protecting their families. Handguns are more maneuverable and quicker to use compared to a long gun. They can be held and fired using one hand because they are smaller compared to other weapons.

The sales of this type of weapon have been tremendously increased over the past years. Revolvers are much more adequate for defending a household. They are very easy to use and clean, and they do not require complex maneuvers for maintenance. They are among the best in the self-defense category because of the versatility of use, safety features, strength, and variety of cartridges. 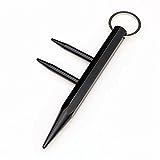 When it comes to handguns for home-defense, one popular item is the Smith and Wesson women’s gun Model 640 revolver.

This J frame revolver underwent many iterations before the release of its final model in the market. It was first designed in the early 90s as a .38 caliber revolver with 2 or 3-inch barrel. The latter was pulled out after 3 years. Smith & Wesson Model 940 9mm Revolver Photo by The Next Chapter

After Model 640, a much newer model was made. It was the S&W Model 940, and it fired 9 mm Parabellum using moon clips. Six years after, it was once again pulled out from the market.

In 1996, the .38 caliber was changed to .357 Magnums, and its barrel was lengthened to around 2.125 inches. In all of these versions, revolvers make use of stainless steel frames, barrel, cylinder, and each has a shrouded hammer and a dual action only operation.

The Right Caliber for Women Another thing of concern with regards to getting a handgun to protect your family is the minimum caliber for neutralizing thieves. Women with no training in such kind of operation should handle a small handgun or use a caliber that she can fire easily and steadily.

This is a case by case basis and can be determined by undergoing professionally monitored practice or trial.

Check out this video by Aegis Tactical LLC about buying your first handgun for women:

Regardless of how mystique Hollywood films have portrayed their use, in reality, guns are protective tools. But protecting a household requires more than an offensive or combative weapon. A right mindset and well-trained gun skills are always necessary.